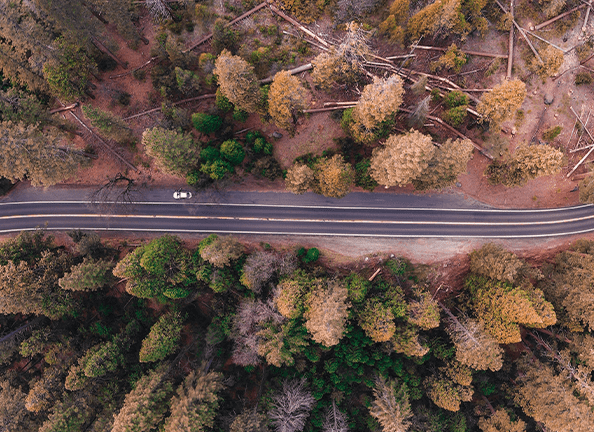 R statistical software is becoming increasingly popular for spatial analysis and mapping. This is partially due to a large number of R packages devoted to applying various spatial methods. These packages, however, are being revised, updated, or even superseded to allow for better performance, simpler user interface, or expanded capabilities. Substantial recent changes in R spatial packages include developing the ‘sf’ package as a successor of ‘sp’, creation of `terra` as a successor of `raster`, and establishing the `stars` package. Additionally, all of these packages were affected by the recent major updates of the PROJ library. In this course, we will learn to use key packages for the analysis of spatial data, both vector (‘sf’) and raster (‘terra’), and see how they differ from their older counterparts, ‘sp’ and ‘raster’. Another important aspect of the course will be to understood spatial projections and coordinate systems, how the recent PROJ changes affect R users, and how to adjust to them.

By the end of the course, participants should:

The course is designed for intermediate R users interested in understanding modern tools for spatial data analysis in R and R beginners who have prior experience with geographic data and other spatial software.

The course will be a mixture of theoretical and practical. Each concept will be first described and explained, and next the attendees will exercise the topics using provided data sets.

Understanding basic GIS concepts, such as spatial vector, spatial raster, coordinate reference systems would be beneficial, but is not necessary.

Attendees should already have experience with R and be able to read csv files, create simple plots, and manipulate data frames. The experience of using some basic R spatial packages, such as sp or raster would be beneficial.

However, if you do not have R experience but already use GIS software and have a strong understanding of geographic data types, and some programming experience, the course may also be appropriate for you.

All the R packages that we will use in this course will be possible to download and install during the workshop itself as and when they are needed, and a full list of required packages will be made available to all attendees prior to the course.

A working webcam is desirable for enhanced interactivity during the live sessions, we encourage attendees to keep their cameras on during live zoom sessions.

Although not strictly required, using a large monitor or preferably even a second monitor will improve he learning experience

Cancellations are accepted up to 28 days before the course start date subject to a 25% cancellation fee. Cancellations later than this may be considered, contact oliverhooker@prstatistics.com. Failure to attend will result in the full cost of the course being charged. In the unfortunate event that a course is cancelled due to unforeseen circumstances a full refund of the course fees will be credited.

Classes from 09:30 to 17:30
Overview of spatial analysis ecosystem in R
• available R packages for spatial analysis in R
• how do R packages represent spatial objects, and how are they connected with each other
• importance of using the more recent R spatial packages, such as ‘sf’ or ‘terra’
• main concepts behind map projections (geoids, datums, geographic/projected coordinates, types of projections, etc.)
• implementation of these concepts in the PROJ library (used by most R spatial packages)
• differences between PROJ.4 and its newer versions (e.g. PROJ.7)
Spatial vector data analysis in R
• spatial vector data processing & analysis in R
• read/write/and visualize spatial vector data
• differences between ‘sp’/’rgdal’/’rgeos’ and ‘sf’
• moving from ‘sp’ to ‘sf’ for spatial vector data processing & analysis
• spherical geometry: how this concept was recently implemented in sf, and what is an impact of this implementation

Jakub Nowosad is a computational geographer working at the intersection between geocomputation and the environmental sciences. His research is focused on developing and applying spatial methods to broaden understanding of processes and patterns in the environment. A vital part of his work is to create, collaborate, and improve geocomputational software. He is an active member of the #rspatial community and a co-author of the Geocomputation with R book.